Hello! My name's Liliana. I'm a teacher of English (Language and Literature) to Italian teenage stu

I gave the students the basic vocabulary to face this topic and told them to use some connectors to write down a coherent text.

keeping up with lessons

Pros and cons of remote learning

This year we've had to face a tough time due to Coronavirus pandemic and a two-month lockdown. Students haven't t been able to go to school and that's  the reason why a timely solution has been found: remote learning.

This new way of attending lessons has allowed to finish the school year and keep up with the annual program; but there are pros and cons that should be evaluated.

One advantage is that thanks to additional digital instructional tools like videos or powerpoints slides you can deepen and better understand a topic. Secondly, you can take lessons in a cozy environment since you don't  have to leave home; so distance

learning is also time saving, especially for commuters that don't  need to get up early and take the bus to get to school.

On the other hand, there are several disadvantages. Most importantly remote learning could never replace a face-to-face lesson because a direct contact with teachers and classmates helps you feel more comfortable. Another disadvantage is that lots of students deal with the problem of availability of devices and, moreover,without a high speed internet connection, attending lessons becomes very difficult.

Thirdly deadline assignments can't be postponed easily because you constantly receive notifications and teachers take into account any delay. The result is that students feel more and more stressed out. The last disadvantage is that cheating is easier and consequently the evaluation grades might be higher than you really deserve.

In my opinion, the best solution is to guarantee a normal learning as much as possible, use distance learning as a supplement and just when necessary. 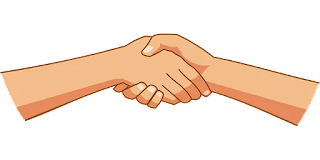 near and dear to someone= very important to someone

ups and downs= a mixture of good and bad things that happen.

shoulder to cry on = someone who is always ready to listen to your problems.

to be well-matched= to be similar to somebody in interests

to hang out= to spend time, to do something together

to be on the same wave length

to fall out with= to quarrel, to have a conflict

to get to know someone= to become acquainted with someone.

to have a lot in common= to have similar interests.

to stick up for someone= to support and defend someone

to get together= to meet each other socially

to strike up (a conversation, a relationship) =to start.

A friend in need is a friend indeed (idiom):
If someone helps you when you are having a problem that means s/he is a true friend

DESCRIBE A FRIEND OF YOURS

2. How long have you known him-her?

4. What was the first thing you talked about?

5. What sort of person is he-she? (don’t make a list of adjectives- try to tell a story about him -her)

He is very smart

6.Do you get on well with him-her?

8.What do you have in common?

9.What does your friend like doing in his or her free time?

11.Have you ever had a quarrel?

Try to use the following words 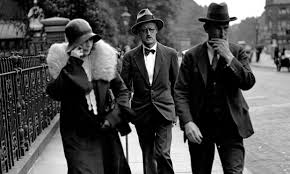 Watching the video figure out an interview to James Joyce. These are the topics you’re expected to ask for and Joyce will give you the answers related to your questions.


2.    the people who appreciate him still today


4.    his relation with the Catholic religion


6.    his family, especially his mother


7.    his letters to Nora and the content of them


10.  the connection of death with sleep


1)-Lots of people appreciate your works still today. Jacques Derrida thinks that they are more innovative than current technology. Did you expect that?


-       Well, no. I didn’t expect them to be so meaningful for the next generation but I appreciate those comments from a Philosopher


2) -However, even lots of people, who aren't keen on literature, love your works


-       That’s interesting! I’ve always said that we have to open our mind to other cultures and tradition, after all. We don’t have to be stuck in our own customs.

3) -Although you went in a voluntary exile, you have always written about Dublin and The Irish culture. Is the city of Dublin so important to you? 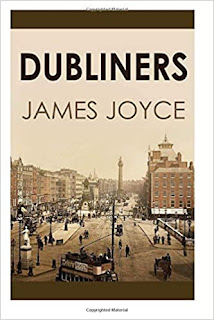 -       Yes, it is. I think that understanding the core of Dublin means understanding all the cities in the whole world. To make it simple: the universal dimension is enclosed in the details.


4)-What makes you stand out from the Irish people is your being against the catholic religion.Why?


-       My mind rejects the current society and the moral stances the Catholic religion imposes. My mother became a victim of this system and I can’t stand that. Above all, Catholicism doesn’t give the opportunity to express the artist’s real thoughts, because most of them could be declined for immorality.


5)-Saying so, you make me believe that you talk about Dublin as a city where the authority of the Church has the principle role, isn’t it?


-       Not only, but Dublin represents the repression in itself, caused by Catholic Church and the english Imperial domination. In my works, I’ve tried to free my hometown from that power in order to save the mankind. However, the problem lies in the people’s morality which follows the didacticism of Catholic Church.


6)What was your familiar relationship like? Did you have a good connection with your siblings?


-       My family was composed of 17 people, however nobody could understand me but one. My relationship with my mother was of the classic one, I loved her. However, when she was about to die she asked me to pray for her and I refused. This thing made her sad, but I couldn’t give up on my thoughts about Catholic Church. I played the piano for her, instead. I hope she appreciated that.


7)-What about your love relationship?


-       The relationship with Nora was one of the most faithful I have ever had. I used to write her letters about my life, my education and my thoughts about politics and so on. I think she loved me for this because we got married then!


9)-What was your first story of Dubliners?


-       It was “The Sister” . It talks about  three sisters who are about to celebrate the funeral of a priest. 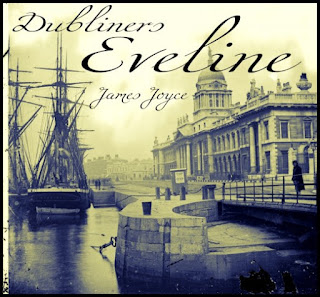 10)- Lots of intellectuals have found a connection between death and sleep. You have did the same, however what is your vision about that?


-       I think that death and sleep have a connection between ,which is the awakening. From your sleep you wake up normally, but from your death you may get  your soul awaken, which oppresses the life of those who are still alive. 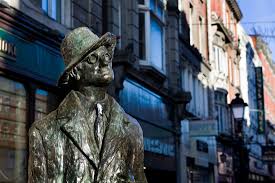 E: Good morning, Mr. Joyce! I’m really happy to have
the honour to talk to you and to answer  those
questions that all your readers have been asking since the publication of Ulysses!


Joyce: Good morning, and thank you so much for inviting me.


E.: So, let’s start immediately. First of all, lots of people
are curious to know more about your private life:
how are things at home? Your children? How did they react to this new life in Paris?


J.: We’re all okay. Surely it has been a bit difficult to relocate,
to create new habits. In fact, we keep on talking italian at home!
Italy will be always in our heart, we love Italy, we love Trieste,
and obviously we miss a lot our friend Italo Svevo!


E.: I can imagine, it isn’t always simple to change life, to change city.
But let’s focus on your last publication: Ulysses.
Why do you think it has been so successful, why do people people read it in your opinion? 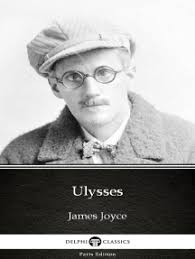 J.: I really don’t think I can answer objectively this question!


I consider it my masterpiece: I have been really involved in the writing of this work,


that have inspired me, such as Bruno, Shakespeare, Homer, the Bible.


Probably readers are also attracted by some “strange”
images proposed in the book:


the sirens bariste, that dream of Leopold becoming
a woman and giving birth to eight children, the gramophone that connects
dead people with living people.


E.: Focusing on Homer, what is the relation between Odyssey and Ulysses?


J.: In order to understand this connection, it is very important to focus
on the two main characters: in the Odyssey we can find a real hero,
who live lots of adventures and risks his life. While, Leopold,
our main character in Ulysses, seems to be the opposite: he lives an ordinary life, nothing important happens during his days. He’s just an advertising salesman who lives in this centre of paralysis, Dublin.
E.: What about the other characters, about Leopold’s family?
J.: The situation lived by Leopold at home is very sad, he has lost his son and Molly, his wife, is unfaithful to him. 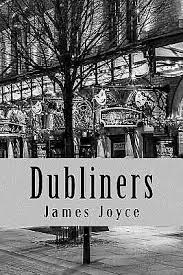 
J.: Oh, what a day! It is the date when I went out for the first time with my lovely Nora! I’m really obsessed with date and coincidences, I always remember all the birthdays of my friends and relatives, and I think my readers can understand it through this book.


In fact, through my work I try to make readers understand all those signs hidden in our everyday life, I try to make people think about the coincidences of our lives.


E.: Really interesting! A last question: what do you think about the language you used in our book?


J.: Mhh… it can appear such as a strange similarity, but I consider it such as a child, a fetus that with time grows more and more, evolves.


From this point of view, i think the part that most surprises the reader is the last one, Molly’s thought, or better “stream of consciousness”, as my dear William James would call it.


In that part, I wanted to transmit the real meaning of the book, it seems to take a trip inside the mind of the character. Spectacular!


E.: Thank you so much for everything Mr. Joyce. I will definitely go to buy your book as soon as possible, to take a trip into the minds of Leopold, Stephen and Molly! 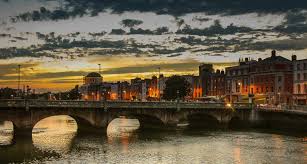 Hello!My name's Liliana. I'm a teacher of English to Italian teenage students in a Liceo.